Is it a #HRFail? Oh, yes—and on so many levels!

What’s Wrong with That?

Even though the job ad doesn’t directly state that male applicants will not be hired, it still in violation of Title VII of the Civil Rights Act of 1964, which not only prohibits discrimination on the basis of sex (and race, color, religion or national origin) but it also prohibits job ads that show a preference based on any of the protected characteristics.

Aside from the legal concern, it demonstrates a highly sexist perception that is inappropriate in today’s workplace. There may be a reason that Victoria’s Secret models are female, but answering phones and managing visitors is certainly not gender-based activity.

Tips For HR Managers To Avoid This HR Fail 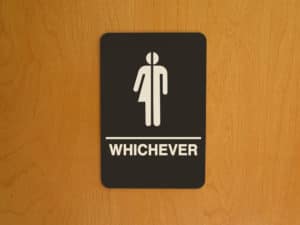 The first line of action to avoid falling into this trap is to create a gender-neutral culture. Unless your industry includes jobs that require one gender or the other (and these are extremely few in the eyes of the law) all jobs are genderless. Just as the CEO or the chef can be either male or female, so can the valet and the person who makes coffee in the morning.

Best Practices To Follow For Avoiding Gender In Job Descriptions

There are a couple of guidelines that can help HR managers avoid violations like stating “female candidate preferred” in job ads:

Did you know that when you add a new employee to WorkBright all you need to have is first and last name + email address? Leave the rest of the details like gender and SSN to them! Just one more way WorkBright is helping you save time with your new hires.

Not a WorkBright user but want to be able to easily onboard new employees? Request a free demonstration here.