The heart of the question: Is asking about a candidate’s commute okay during the interview process?

In this tweet, a young woman was interviewed for a job for which she felt highly qualified, but she didn’t get the position. During that interview, she was told that her commute was concerning to the organization. Now, this may not have been the reason she didn’t get the job, but the implication of it in her interview process has lead her to believe that it was. Now, Nicole feels slighted because she does not believe it was appropriate for a hiring manager to make a decision that she thought should be hers to make. If she didn’t mind the commute, why did it bother them?

While the candidate is correct in that she should be able to decide how long a commute she is willing to make, it’s also a legitimate concern for the company, and there’s no law regarding it, so the answer is: no, it isn’t a #HRfail to discuss commute or to factor it into a hiring decision. 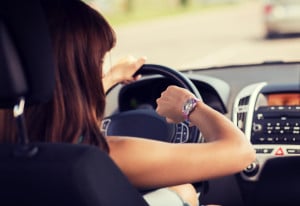 It is important for a hiring manager to be confident in their decisions, so if the commute is a concern, it should be discussed. It is important to note that some people really don’t mind a long commute, and some people even enjoy the time alone. Even the definition of “long” varies when it comes to travel time.

Current circumstances are also a factor. A person who is out of work may be willing to do whatever it takes to get a good job, but if the commute feels like a burden, they may be inclined to look for something else before too long. On the other hand, if the job you are offering is just right for the candidate, they may be happy to commute for many years, or even choose to move closer to your location. It’s also possible that they are already commuting nearly as far and the drive is just not an issue for them. In either of those two situations, it would be a shame for you to miss out on a great employee because you were overly concerned about their commute.

In summary, it isn’t a good idea to rule out a potential hire because of your concerns about their commute, but your concerns should be discussed with the applicant, and you should be confident that the commute isn’t a problem for them before offering them the position.

As you are likely well aware, there are many topics you can’t ask in an interview, lest you open yourself up to lawsuits, fines, or other legal action. Because of that, if you don’t know that a given topic is legal to discuss, don’t. If you really need to have an answer, you can look up the legality after the interview, and call the candidate back to follow up if it turns out it’s okay.

Did you know that when you add a new employee to WorkBright all you need to have is first and last name + email address? Leave the rest of the details like address and SSN to them! Just one more way WorkBright is helping you save time with your new hires.

Not a WorkBright user but want to be able to easily onboard new employees? Request a free demonstration here.