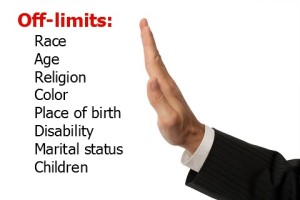 Compliance with hiring laws is always a major component of the HR department’s job and a concern for executives, but enforcement action usually only occurs if someone files a complaint. That may be about to change if New York City’s new enforcement technique catches on. It could allow your next interview to be a plant.

In April, the mayor of New York City signed a bill into law that not only allows, but requires the Human Rights Commission to perform “matched pair” testing to investigate discrimination in employment practices.

The way it works is that the Commission will have two similarly-qualified candidates inquire about, or apply for, the same position. However, one of them will have a different characteristic that is protected by the human rights laws of the city, such as race, creed or sexual orientation.

Why Should You Care?

While 690-A is specific to New York City, the issue of employment discrimination is nationwide. If the program exposes discrimination, then activists elsewhere will start asking for similar programs in their own cities and states as a way to demonstrate where discrimination is really occurring. 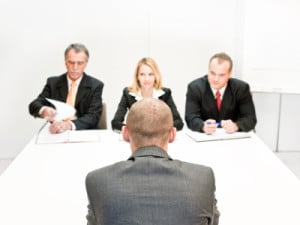 Discrimination laws may be accidentally violated by any number of people in the interview process, whether they are the actual decision-maker or not. Potential co-workers or managers may ask about the candidate’s age or marital status as a way to find common ground, or offer information on the community to someone who would have to relocate. Even such innocent conversation starters can lead to problems, however, particularly if they lead to discussion of disability or sexual orientation.

Making sure that every person who is in any way involved with employment understands the extent of the discrimination law is already important, and this new style of “investigative enforcement” is taking it to a new level.

Did you know that your system has a full audit trail on the backend? This means if one of your employees ever called in to question a document in our system, we could pull up exactly what their forms looked like on any given date and time. You don’t have to do anything to turn this on, it’s always happening securely in the background of your system. While this won’t help you with compliance issues on the interview side of things, we wanted you to know that we’ve got your covered with your current employees!

Not a WorkBright user and want to experience this same level of peace over your current employee files?