In what was presumably meant to be a cost-cutting measure, a U.S. company with offices in several states required employees to punch out on the time clock to go to the bathroom or take other short personal breaks. The effort has clearly backfired, as a U.S. District Court judge fined the company $1.75 million. The cost in lowered productivity due to poor morale, and added turnover rate, are immeasurable.

Summary Of The Case 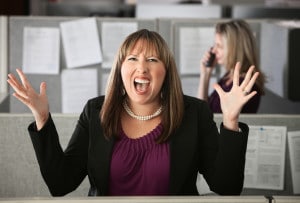 American Future Systems Inc., which does business as Progressive Business Publications, is a content-marketing firm that employs mainly telemarketers. From 2009 to 2013, the company operated 14 offices in Pennsylvania, Ohio, and New Jersey. At these locations, employees were allowed to take breaks whenever they wanted to, but they were required to time out and were not paid for the time they were on break, which included even very short trips to the bathroom.

In 2012, a Department of Labor lawsuit was filed, claiming a violation of the federal Fair Labor Standards Act because the workers were being paid less than the $7.25 per hour federal minimum wage when they were not paid for breaks.

What HR Managers Should Learn From The Ruling

At the most basic level, let’s learn this – NO employee should have to choose between going to the bathroom and getting paid. It seems simple but we had to say it. Since this was litigated as a minimum wage law case, we’ll now focus on that.

Progressive Business Publications’ violation of minimum wage law could easily have been avoided if paid time had not been manipulated to exclude breaks. Minimum wage is one of the most basic employment laws, and HR managers must take care not to allow it to be undercut. There have been many cases where employers have been fined for requiring employees to be on site or performing job-related duties outside of paid time, so there is no reason to think this kind of infringement on employees’ rights is acceptable. 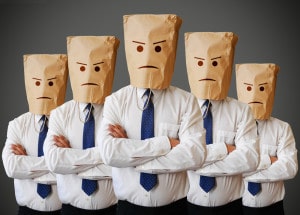 Another effect of this kind of disrespect toward employees is that the company had a very high turnover rate. Given the expense of recruiting and onboarding employees, it makes no sense to take “cost-cutting” actions that make for an unpleasant, or unhealthy, work environment, as there will be a constant turnover of employees, which will easily cost more in the long run than paying workers fairly.

Did you know you can upload policies and employee handbooks into your WorkBright account? That way employees can easily reference documents and you won’t waste cash reprinting when new versions are released.

Not a WorkBright user but want to be able to easily store documents for your employees to reference? Request a free demonstration here.