It isn’t often that a large corporation does something so unique for its employees that the national news gets excited and other companies get nervous. Netflix has done just that with its new parental leave policy.

In a move that doesn’t sound too far out to business people in the rest of the developed world, but shocked Americans, Netflix gave paid maternity leave to both parents—for as much time as they want in the year after a baby is born or adopted.

Parents have the option to come back full time, work part-time or stay home altogether, as they deem best for themselves and their families. 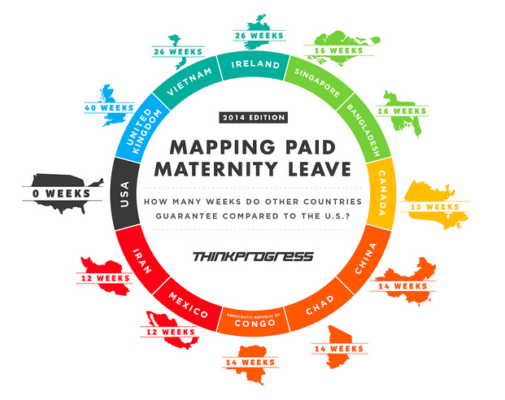 With this announcement, Netflix has shot to the top of the list of “desirable places to work” for many. Even those who aren’t planning to have a child will be attracted to a company that values their employees that much.

The tech sector has worked hard to attract women, and extending parental leave has proven to retain more women. Google extended maternity leave from 12 weeks to 18 weeks and reported that twice as many new mothers stayed on with the company after the change. Extending the time granted for a new mother to be with her child will likely increase the number returning to their jobs even further.

Netflix’s new policy raises the bar—higher than we’ve seen it go in a long time. To avoid losing talent to Netflix, other companies need to think of ways to compete on the human resources field so that they will be perceived as just as rewarding. In turn, their competitors will have to raise the bar to keep up, spreading the effect even wider.

Microsoft has already taken action to stay at the front of the pack. While nowhere near as extreme as the Netflix offer, they did make a significant increase in their parental benefits by increasing mothers’ paid time off from 12 to 20 weeks, and fathers, who previously only received four paid days off (and were allowed to take off another 8 days without pay), will now receive 12 paid weeks off.

The competition for highly skilled workers is stiff, and if offering better benefits makes companies more desirable, then we can expect to see much more of it, as the ripple effect causes more and more companies to make changes to their own policies to increase their attractiveness to potential talent.

Try creating a group called ‘Parental Leave’ that you can add expecting parents to when they let you know of their pregnancy. In the group, put your paternal leave policy for easy access and consider adding a new form that asks for due date and other important information you will need during the employees leave so that everyone is on the same page with expectations.

Not a WorkBright user and want to provide your employees easy access to important information like parental leave policies? Request a demo here and see how WorkBright can help!