Gossip has been at the center of many a TV office sitcom, but in reality, there’s nothing funny about the confusion and bad feelings it causes in real life. Tragic tales with their roots “around the water cooler” abound, and whether their repetition is for entertainment or education, they all have the same moral—office gossip is counter-productive and bad for morale. That’s why it’s important to see if your company is plagued by this all-too-common disease.

The most blatant form of gossip—malicious rumor-mongering, particularly with reference to coworkers’ sex lives—is easy to recognize. More subtle gossip, such as business-related dirty politics, can be much more difficult to ferret out.

Pay attention to the unusual questions that management and HR departments get from employees, and ask where the ideas are coming from if there seems to be gossip behind them. For example, if you are getting questions about a certain department being shut down, there may be mid-level-manager rivalries that are originating rumors.

When employees are insecure or suspicious, look for any sources of rumors about the company or fellow employees that may be causing distrust.

How To Handle Office Gossip When You See It

A certain amount of gossip seems to be human nature, but in business, you want to keep it to a minimum, and eliminate the worst kinds altogether. It would be nice if it were possible to simply have a “no gossip” policy, but unfortunately, you can’t control everything people say, and bans tend to incite resistance, so don’t go overboard with threats. 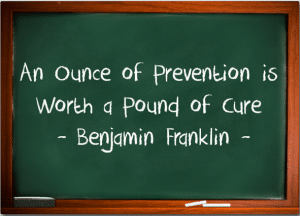 Training on gossip policies should be part of your new-hire orientation. Prevention is much easier than repairing the damage after it has occurred.

When gossip is observed, the guilty party must be spoken to, but pointing out the negative impact they are having may be all it takes to put an end to it. Emphasize the need for teamwork, and how gossip is deadly to a great company culture.

Spreading malicious lies, and other more serious forms of gossip, should be dealt with more formally, including documentation. This not only lets the guilty party know that you are serious, but it gives you the evidence you need if further actions, including dismissal, are necessary.

Protect your company culture by dealing with gossip as soon as it is detected!

Did you know you can add employees to groups AFTER they have onboarded? If you want to record formal reprimands for gossip, performance reviews, or anything else throughout the employee lifecycle, simply create a group with the form(s) and add the employee to that group. The form will appear in their employee portal to fill out and be signed by all parties.

Don’t have a WorkBright account but want to keep all your employee files in a digital filing cabinet?